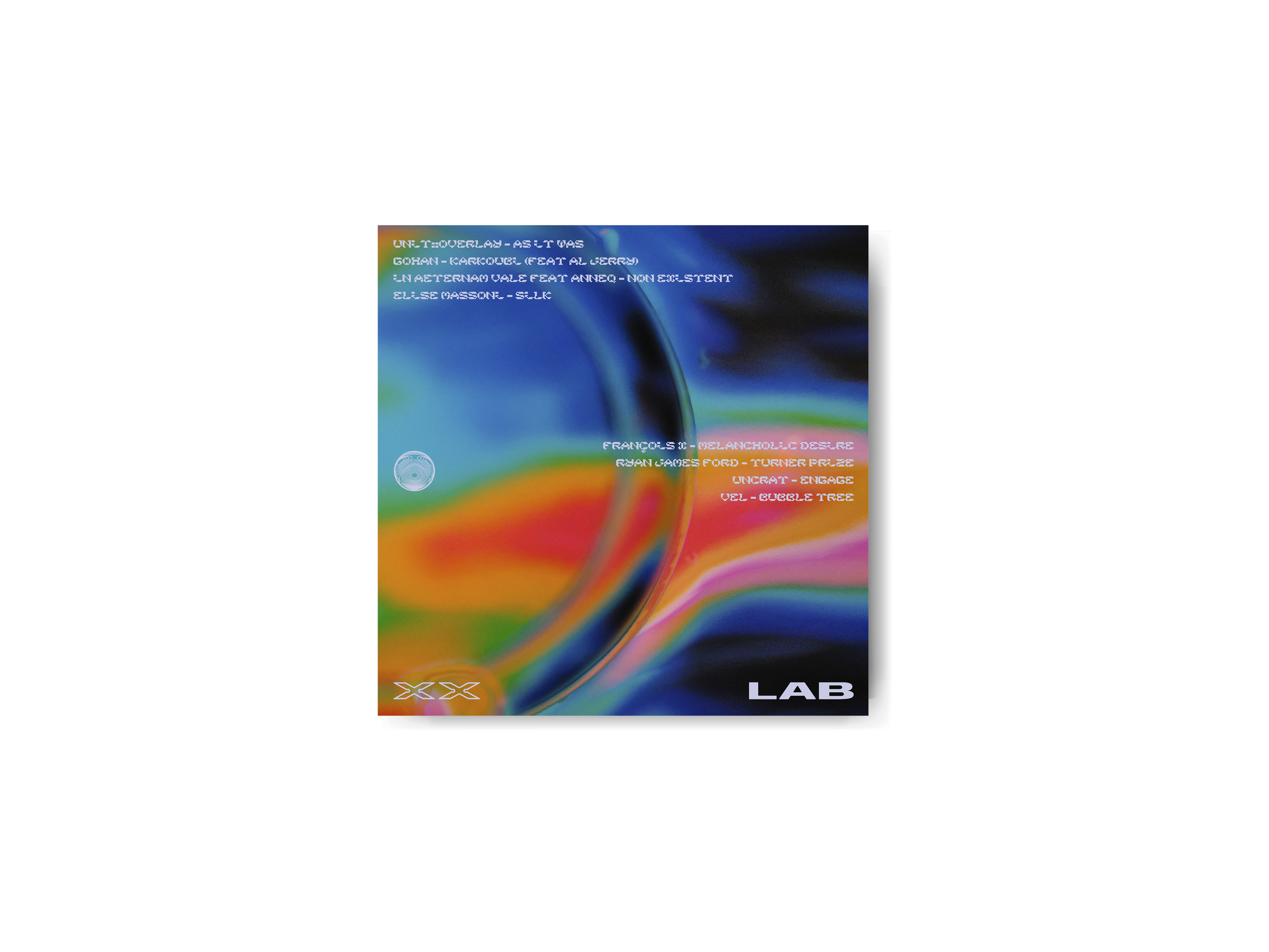 From synth wave to techno, from idm to hardcore, the collaborative project defines the musical aesthetic of the platform itself: ART AND FRIENDSHIP united in a UTOPIAN SOCIETY.

The compilation instantly starts with a cinematic atmosphere marvelously portrayed by the ambient symphony of the mysterious duo unit :: overlay, the synth wave masterpiece of In Aeternam Vale (fea Anneq) and the electric dub of Gohan. The second part of the project sees the Parisian artist Elise Massoni, François X and Ryan James Ford expanding their musical journey across techno and IDM territories. Uncrat and Vel complete this many-sided trip, with their industrial and 3rd millennium percussive compositions.

Released digitally, the musical output will be accompanied by a usb card which will act as a fictional access card of the XX LAB building advanced research departments.